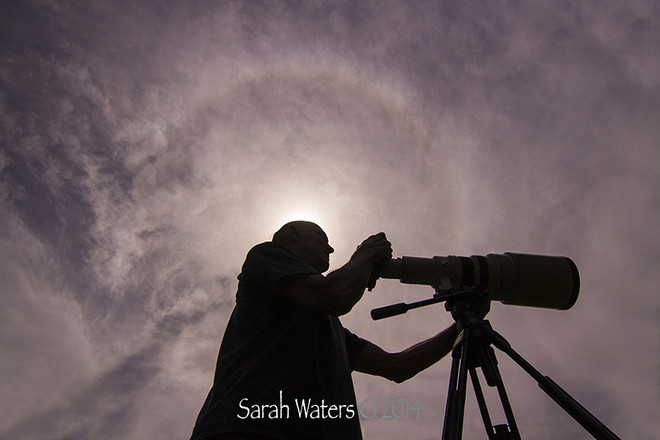 New Bern native, Doug Waters' interest in photography was initially inspired by the photographs he enjoyed as a young boy in the classic magazines of the early 1960's; Look, Life and National Geographic. It was also at this same time that he began visiting Atlantic Beach with his brothers and friends learning the art and sport of surfing. That love and passion sent him to Hawaii where he rode the best waves and watched the best surf photographers in the world. The "photo bug" bit him in Hawaii and he purchased his first 35 mm camera, a Nikonos underwater camera. After moving back to North Carolina in the late 70s, he began contributing photographs to surf magazines. He moved to Florida and was hired as a staff photographer for Surfing Magazine. By the mid-90s he was promoted to senior staff photographer.

A transitional period occurred In 2009, when Doug came home to become the full-time caregiver for his parents. It was at that time that his interests became less focused on surfing and more about the other many facets of the natural world. It was then he developed his interest in making a good photograph a work of art, which continues today.

Doug now resides in Morehead City with his wife Sarah, helping care for Sarah’s mother and husband, but spends as much time as possible with his camera, capturing the natural beauty around him. His photographs can be enjoyed at dougwatersfotos.com as well as on Facebook and Instagram.